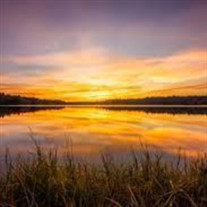 Wallace “Wally” Keith Greve, 75, of Clear Lake, passed away April 26th, 2022 at MercyOne Hospice in Mason City.  A memorial service will be held at 10:00 AM on Saturday, April 30, 2022 at Ward-Van Slyke Colonial Chapel, 310 1st Ave. N, Clear Lake. He will be laid to rest at Memorial Park Cemetery, Mason City. Visitation will be held from 5:00 PM to 7:00 PM, Friday, April 29th, 2022 at Ward-Van Slyke Colonial Chapel.  Wally spent most of his adult years in the Fort Dodge -Algona area. He was a Hormel Foods retiree and beloved caretaker at Lake View Acres in Clear Lake. Wally was an avid hunter, fisherman and camper. He spent his years nurturing his grandchildren, spending as much time as possible teaching, playing with, and guiding those who adored him. He was known to all as a good, honest man with a joke always on the tip of his tongue. Some of us knew him as a loyal, lifetime freinds; others look at him as an immediate friends on the final meetings. He is survived by his children, Randy (Elaine) Greve of Bancroft and Dawn (John) Perrott of Sheffield; grandkids, Cody and Brandon Greve, Trent, Tasha, David, and Karen Gifford, Josh Ingalls, Macie, Norma and Robert Foster, Sam Greve; multiple great-grandchildren; special friend, Peggy Read; brothers, Neal (Deloris) and Wes; sister-in-law, Deb (Wayne) Oleson; brother-in-law, Ronnie (Val) Williams; and best friends Tom and Jan Lindner. He was preceded in death by his loving wife of 46 years, who were together were a couple to always be adored and never forgotten.

The family of Wallace "Wally" Keith Greve created this Life Tributes page to make it easy to share your memories.

Send flowers to the Greve family.