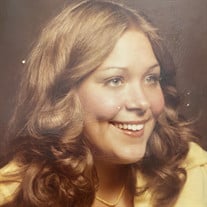 Sheryl Ann Arthur, 63, Mason City, went home to be with her Lord and Savior, September 5, 2021. A Celebration of Life will be held at 6:00pm to 7:00 p.m. Friday, October 29th, 2021, at River City Church, (Willowbrook Mall), 1631 4th St SW, Mason City, Iowa, with Rev. Brian Rezendes officiating. A visitation will be held an hour prior to the celebration of life. Sheryl was born, August 15th, 1958, in Marshalltown Iowa, to Elmer and Phyllis (Wigg) Arthur. Sheryl grew up in Mason City, and attended Mason City Schools graduating in 1977. Sheryl’s proudest high school achievements were making the varsity cheerleader squad, as well as excelling in concert choir. After graduation, Sheryl shortly worked at Sperry UNIVAC, and then continued her education at North Iowa Area Community College. Sheryl, transferred from NIACC, to the University Of Northern Iowa, graduating in the Autumn of 1985 with two bachelor degrees in, Home Economics in Business: Clothing and Textiles, and Home Economics: Family Services. After graduation from college Sheryl pursued her career in textiles and clothing in business for a short time while living in California. Sheryl moved back to Mason City, and worked at the Salvation Army from 1988-1991. Sheryl then served the community for twenty four years as a social worker at the Mental Health Center of North Iowa, from 1991-2015. Sheryl continued to live and work in Mason City, raising her son Dylan. Sheryl enjoyed cooking, always making sure that her family and friends never left her house empty handed. She looked forward to going out and dining out with her friends. She loved to go shopping and will be remembered for her classy attire. Sheryl’s Christian faith meant a lot to her and she would read scriptures to her family and friends when going through a hard time. She absolutely relished in the conversations she had while on the telephone with anyone who would listen to her. She is survived by her mother, Phyllis Arthur of Mason City, IA; son, Dylan McLaughlin of Mason City; one sister, Sandra (Doug) Neuberger of Clear Lake, IA; two brothers, Jeff (Jacquelyn) Arthur of Mason City and Jim Arthur of Mason City; nieces and nephews, Rachelle (Mike) Moeller, Spencer (Holly) Neuberger, Elliott Neuberger, Andrew Arthur and as well as great-nieces, nephews, extended family, and many friends. Sheryl is preceded in death by her father, sister in infancy, Linda Sue; brother, Joel Arthur; niece, Olivia Neuberger; nephew, Kyle Arthur, father of her child; James McLaughlin, as well as her maternal and paternal grandparents, aunts, uncles, and cousins.

The family of Sheryl Ann Arthur created this Life Tributes page to make it easy to share your memories.

Sheryl Ann Arthur, 63, Mason City, went home to be with her Lord...

Send flowers to the Arthur family.