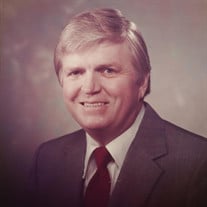 On December 3rd, 2020, the Iowa Hawkeyes lost one of their fiercest fans; though I’m sure it brought him comfort to leave them on a winning record. Ronald Lee Pals, 90, was born at his family farm in Meservey, Iowa on August 13th, 1930 to Henry and Edna Pals. The oldest of seven, Ron worked on the farm for his grandfather, Peter H. Pals, before graduating from Meservey High School. Like every good old western song, soft-spoken Ron fell in love with the bubbly girl down the road, and married Melva Nelson on January 20th, 1951. Sharing a sweet tooth and a hard-working spirit, they welcomed daughters Rhonda Lea Halfpop (Allen) in 1954 and Leslie Ann Eden (Chris) in 1966. Melva passed on July 23rd, 1997 and, since then, Ron has continued to love only her and vanilla ice cream. To paraphrase his favorite honky-tonk song, after “praying every night to the good Lord above, he’s finally sending back to him the one he really loves”. “Red Pepper” Ron was called to serve his country in the fall of 1951 and spent 19 months of the Korean War stationed in Mt. Fuji, Japan as a Sergeant in the Army. During his enlistment, Melva shipped him raisin cookies to stay close and satisfy his sweet tooth. The loving sentiment survived the crossing, the cookies did not. He returned from the war and both he and Melva took jobs in Iowa Falls with the Northwestern Bell telephone company. She fielded calls as an upbeat operator and he scaled poles as a lineman. Ron enjoyed a rewarding career, helping lay the fiber optic network still in use today. He was promoted through to terminal toll technician and, after 43 years, retired in Mason City in 1994. Above all else, Ron loved his family. He is survived by his sister, Patty Enabnit, his daughters, his grandchildren Allison McKinney-Feldman (Josh), Tyler Halfpop (Jen), Morgan Dornbier and Kaitlyn Dornbier, and great-grandchildren Shepherd, Ashlyn and Iris. He also leaves behind a cockatiel, Roxie, who has stubbornly outlived her one-year residency by 14 extra years to sing goodnight back to him every evening. Ron valued education and always cheered for the underdog. His proudest accomplishment was seeing his daughters and grandchildren attend college, and he filled his cup with delight over his grandchildren’s endless sporting events, plays, and recitals. Not a graduation, promotion, cartwheel, or basketball shot went by without an “I’m so proud of you” from the back of the bleachers (because that was the best seat with a backrest). He asked nothing in return, except that they be kind to others and tickle his feet every now and again. He loved ribs, golf, gardening, fishing, and a well-ironed shirt. He was a colorblind armchair aficionado with ever-immaculate hair. Adorably (and annoyingly), he woke up too early and too cheerfully every morning and said, “Wakey, wakey. Rise and shine. You’ve had your sleep, I’ve had mine. Bubblegum.” He cooked entire holiday dinners with gusto and always thought his turkey was too dry. It was never too dry, Grandpa. Thoughtful, unfailingly kind, and quietly intelligent; he was one of the last true gentlemen. He passed away peacefully at the Rockwell Community Nursing Home. He will be deeply, profoundly missed by his family. God is calling him home, and Melva was probably the one directing his call. In lieu of funeral services and to honor Ron’s memory, we invite you to play a little Web Pierce music, tell a family member you love them, and make a donation in his name to the American Legion at https://www.legion.org/donate/memorials. Cards can be sent to 731 S. Mississippi Ave, Mason City, IA 50401.

On December 3rd, 2020, the Iowa Hawkeyes lost one of their fiercest fans; though I&#8217;m sure it brought him comfort to leave them on a winning record. Ronald Lee Pals, 90, was born at his family farm in Meservey, Iowa on August 13th, 1930... View Obituary & Service Information

The family of Ronald L. Pals created this Life Tributes page to make it easy to share your memories.

On December 3rd, 2020, the Iowa Hawkeyes lost one of their fiercest...

Send flowers to the Pals family.