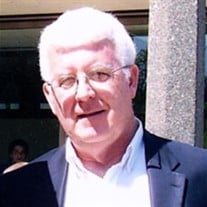 Robert Stephen Swanson, 76, of Clear Lake, died Monday, November 16, 2020, at his home. Per Bob’s wishes, his body has been cremated, and a Celebration of Life will be held at a later date, likely next summer. Bob was born June 1, 1944, the son of Dr. William and Ellen Swanson in Mason City. He married Dorene Machan on October 21, 1978, in Elberon, IA, but they later divorced. During their marriage, they had two children. A graduate of Mason City High School, Bob continued his education at Carleton College in Northfield, Minnesota and Southern Methodist University in Dallas, Texas, where he earned his law degree. After college, he served in Vietnam within the JAG Corps. Following his military service, he returned to Mason City, and then later moved to Clear Lake. He practiced law in North Iowa for five decades. Bob was a member of the Clear Lake Yacht Club, Rotary, and he created many memories at the Outing Club in Clear Lake since his childhood. He was also a member of the Iowa State Bar Association for 50 years. In his free time, you could always find Bob on the water, sailing and boating. Bob is survived by two children, Chelsea Swanson of Cedar Rapids and Philip Swanson of West Des Moines; siblings, Mary Ellen Salinas of Texas and Richard (Diane) Swanson of Marion, Iowa; nephews Matt Swanson, Luke Swanson, and Casey Swanson of Iowa and their spouses and children; niece Katie Simon of Texas and her spouse and children. He was preceded in death by his parents and brother-in-law, Fernando Salinas. Condolences and messages to Bob’s children can be sent to [email protected]

The family of Robert Stephen Swanson created this Life Tributes page to make it easy to share your memories.

Send flowers to the Swanson family.