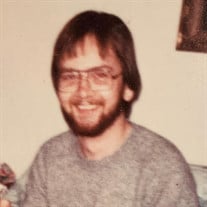 Richard Dean “Rick” Truex, 67, passed away Monday, December 7, 2020, at MercyOne North Iowa Medical Center, Mason City, IA. Per his wishes his body has been cremated and the family will have a private service at a later date. Condolences may be directed to the family at the address of 18434 160th St, Rockwell, IA, 50469. Rick was born on May 11, 1953, the son of Carl and Lyla (Smith) Truex of Marble Rock, IA. He was a graduate of Rockford High School’s Class of 1970, continuing his education at Hawkeye Technical to attain a Computer Technician Degree. In later years attending Drake University receiving a degree in Pharmaceutical. Rick spent twenty years at UNISYS before he was a pharmacist for several years. Woodworking was a talent that Rick had, often making great pieces of furniture that displayed his high skill as a craftsman. In his younger years he spent time playing baseball, racquetball and fishing. As Rick aged he had multiple hobbies, some of which were collecting pocket watches, knives, as well as caring for bonsai trees. Music was something that Rick cherished, he even referred to as “Rick Rock”. Some of his favorite bands were Rush, Toto, Queen, and Dire Straits. He very much enjoyed the subject of the World Wars and educated himself on it over the years. Those left to cherish memories of Rick are his children, Brian (Tara) Truex, Amanda (Bart) Smith and Nicholas Truex; nine grandchildren; siblings, Doug Truex of Iowa Falls, IA, Charlotte Sieck of Wilmar, MN, and Joan Truex of Cedar Falls, IA; significant other, Jeanette Martin; as well as numerous nieces and nephews. He is preceded in death by his parents, sister, Rita Squires; in-laws; and his beloved dog Zoe.

Richard Dean &#8220;Rick&#8221; Truex, 67, passed away Monday, December 7, 2020, at MercyOne North Iowa Medical Center, Mason City, IA. Per his wishes his body has been cremated and the family will have a private service at a later date. Condolences... View Obituary & Service Information

The family of Richard Dean "Rick" Truex created this Life Tributes page to make it easy to share your memories.

Send flowers to the Truex family.