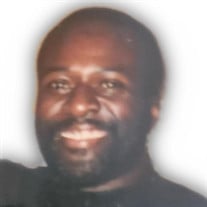 Randolph “Randy” Scott Cunningham, 67, passed away on Saturday, March 19, 2022, at Good Shepherd Health Care Center, Mason City, IA. A Funeral Service will be held at 2:30pm on Thursday, March 24, 2022 at Hogan-Bremer-Moore Colonial Chapel, 126 3rd St NE, Mason City, IA, with Pastor Regan Banks officiating. Burial will be held at Memorial Park Cemetery at a later date. Visitation will be held from 4:00pm to 6:00pm on Wednesday, March 23, 2022 at Hogan-Bremer-Moore Colonial Chapel, 126 3rd St NE Mason City, IA. Randy was born on August 12, 1954, in Lake City, SC, the son of Sam and Mildred (Knight) Cunningham Sr. He grew up in South Carolina until he began his painting career that led him to travel the country. Randy visited Mason City on and off for many years until finally settling in 1985 after finding his true love, Cindy. On November 8, 1991, Randy married Cindy Burgess. In August of 1995, Randy and Cindy adopted his niece and nephew, Johnny and Trish. Randy had a hard work ethic. He worked for Keough Roofing for numerous years and then continued contracting jobs until his retirement. In his free time Randy enjoyed watching his favorite team of all time the Dallas Cowboys play. He also liked Harley Davidson motorcycles and collecting memorabilia. When he wasn’t watching the Dallas Cowboys he could be found watching wrestling and his favorite Western’s typically including the actors; Clint Eastwood and John Wayne. Family was most important to Randy, he loved spending time with them as much as possible. With his big and bold personality he spent a lot of time talking to friends and family on the phone. He and Cindy often took trips for work as well as going to the casino annually for their anniversary. Randy also had a soft spot for their two cats, Sadie and Ebony. Those left to cherish memories of Randy are his wife, Cindy; children, Johnny (Delta) Cunningham of Buffalo Center, IA and Trish (Janorris) Baylor of Dallas, TX; grandchildren, Khamari, Janiyah, Jamila, and Janorris Jr. Baylor and Aaden Cunningham; siblings, Betty (George) Cunningham of South Carolina, Mildred “Nan” Cunningham of North Carolina, James Cunnignham of South Carolina, and Arthur “Son” Knight of South Carolina; siblings in-law, Roxanne, Jimbo (Lisa), and Julie (Jimmie Lee) Burgess; as well as numerous nieces, nephews, and friends. Randy is preceded in death by both of his parents; siblings, Mary Knight, Martha Knight, Etheleen Cunningham, and Sam Jr. Cunningham.

The family of Randolph "Randy" S. Cunningham created this Life Tributes page to make it easy to share your memories.

Send flowers to the Cunningham family.