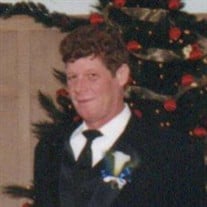 Quintin James Swingen, 65, of rural Woden died Wednesday, March 30, 2022 at Manly Specialty Care in Manly, Iowa. A memorial gathering will be held Monday, April 4th at the Woden Community Center, 208 Main Ave, from 4:00 pm to 6:30 pm. Quintin was born April 30, 1956 in Forest City to Vernon and Dianne (Fabre) Swingen. Quintin attended school and graduated from Woden-Crystal Lake High School in 1974. He was well known for his athletic abilities, especially in football and basketball, and for being a likable and good guy to talk to. After high school, Quintin attended North Iowa Area Community College where he continued his football career. Quintin spent many years working on the family farm and doing construction. He took pride in building pole sheds all around the area with his buddies, and you could always find him tinkering on cars and tractors, and working on various projects. He was known to be able to fix or build pretty much anything. Quintin met Linda Book just after high school and the two married in June of 1976. From this marriage begot three daughters: Laura, Stephanie and Kara. Quintin was an adoring and adventurous father taking his daughters fishing, farming, and camping any chance he could. He taught them many skills in his shop, made great snow piles for them to sled down, and spent numerous hours riding in the combine together. Quintin thoroughly enjoyed many things in life, especially farming, fishing, boating, camping, football and gardening. He had a special preference for International and Farmall machinery and still talks about his 1969 Z28 Camaro. His garden was his joy in his later years. He spent countless hours tending to his fruit and vegetable patches and preserving his bounty. He even had started his garden planning for this spring. Quintin is survived by his mother Dianne E. Hanson of Ruthven; children: Laura (Travis) Schleusner of Garner, Stephanie (Neil) Daugard of Britt, Kara (Andy) DeWitt of Hanlontown. Grandchildren Trevor, Josie, and Cooper; Lynnley, Savannah and Everett; Dalton, Pyper, Xavier, and Scarlette; siblings Cyndi Swingen, Larry Swingen, Galen Swingen, Kristi Swingen. He is preceded in death by his father, his brother-in-law Dennis Bortvit, and his aunts and uncles. The family of Quintin Swingen would like to thank everyone for their kind words and support during this difficult time. Memorials can be sent to Stephanie Daugard at 786 2nd St SW, Britt, IA 50423, if you are unable to attend the memorial.

The family of Quintin James Swingen created this Life Tributes page to make it easy to share your memories.

Send flowers to the Swingen family.