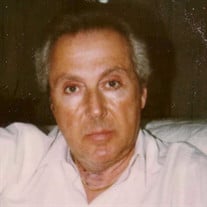 Peter John Children, 88, passed away peacefully surrounded by family and friends on Saturday, June 11, 2022 at MercyOne North Iowa Hospice, Mason City, IA. A Memorial Service will be held at a later date. Family suggests that memorials be directed to either MercyOne North Iowa Hospice, Mason City, IA and or Adas Israel Synagogue, 620 N Adams Ave, Mason City, IA. Peter was born in Mason City, on March 11, 1934, the son of Sydney Children and Jean (Yankovich) Lofing. He was raised an only child. Peter was a graduate of Mason City High School. Peter along with partners began their business adventures in 1956 opening the Masonette, one of the first bars to have live music, many will remember Hob Mason playing Jazz on the piano. The Red Llama, an upscale lounge opened in 1959, where everyone was welcome. In 1979, Peter and a partner opened the Library Restaurant. After the Library Restaurant closed he returned to the Fine Art World, being involved in marketing, commissioning various artists, publishing religious art, as well as importing goods from China. He was an entrepreneur up until the day he passed. Storytelling was a skill that Peter not only enjoyed but was a master of. Many people will miss his great sense of humor and cheerful smile. Those left to cherish memories of Peter are his Aunt, Marie “Jabba” (Glen) Deziel of Weslaco, Texas; cousin, Helen “Dodo” Schmidt of McClellan; special person he considered his step-daughter, Monda (Brent) Linderman and her mother, Elizabeth Schukei, widow of Robert Schukei; as well as numerous extended family members. In his life he had many friends, some still living and some not, friends to mention are Michael Dunn, Michael (Ann) Sweesy and their son, Matthew, Jack and Tom MacNider, Andy and Pete Pergakis, Vic Santerimo, Jim and Leo Chimbidis, Alan Steckman, Max Weaver, Russ Harty, Jerry Koerber and Myrna Barlas. The amount of people we would like to list is limitless, just know if you were not mentioned you still were important to Peter. Peter is preceded in death by his parents, both maternal and paternal grandparents, and special friend, Cindy Kockler.

The family of Peter John Children created this Life Tributes page to make it easy to share your memories.

Send flowers to the Children family.