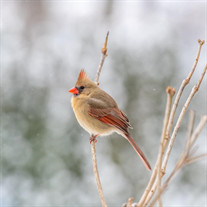 Paul A. Mattson, 54, of Mason City passed away Sunday December 19, 2021 at MercyOne North Iowa Medical Center in Mason City. He will be laid to rest in Elmwood-St. Joseph Cemetery, Mason City, IA. Paul Anthony Mattson was born September 21, 1967 in Minneapolis, MN, the eldest son of Dale and Geraldine “Dolly” (Hummel) Mattson. He attended elementary in Waterloo, continuing his education at Mason City High School. For many years Paul worked for Larry’s Towing and Crane Service, later working at Cenex. Paul spent as much time as possible at the ice rink, whether it was skating with his brother, Timothy, or playing hockey. He enjoyed watching all kinds of sports: the Minnesota Vikings football, Twins baseball, hockey, wresting, you name it. Paul was a kind gentleman who could make a friend out of just about anyone and loved to make others smile. He is survived by his mother, Dolly Mattson of Mason City; two children, daughter, Tjayden Runge and son, Ryley Meek-Mattson; his brothers, Timothy Mattson of Clear Lake, Christopher (Melissa) Mattson of Mason City; sister, Ruth Herman of Eagan, MN; nieces and nephew, Makenzie, Ashley and Jordan Mattson; as well as extended family members and friends. Preceding him in death are his dad, Dale; grandparents; as well as numerous aunts and uncles.

The family of Paul A. Mattson created this Life Tributes page to make it easy to share your memories.

Paul A. Mattson, 54, of Mason City passed away Sunday December...

Send flowers to the Mattson family.