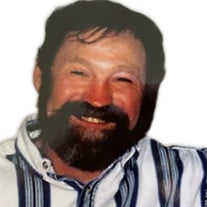 Manly - Michael W. Smith, 70 of Manly, IA passed away Friday, November 5, 2021 at the MercyOne North Iowa Medical Center in Mason City. A Memorial Service will be held 2:00 p.m. Tuesday, November 9, 2021 at Bride Colonial Chapel, 110 East Spring Street, Manly, IA 50456 with Rev. Art Zewert, MercyOne North Iowa Chaplain, officiating. Military honors will be presented by the Edward Tosel American Legion Post 110. Visitation will be held one hour prior to the service at the funeral home. Memorials may be directed to the Edward Tosel American Legion Post 110 in Manly, IA. Michael Wesley Smith was born July 20, 1951 in Akron, IA, the son of Eldon and Wilma (Heyl) Smith. Growing up in the Akron area, Mike attended Akron High School. Following his graduation in 1969, he entered into the United States Air Force, serving for 2 years and later serving in the South Dakota Air National Guard for 7 years. On August 6, 1981 he married the love of his life, Vicky Dierks in Sturgis, SD. The family eventually made their home in Manly where Mike worked for the Canadian Pacific Railroad for 40 ½ years until his retirement in 2011. Mike was very active in the Manly American Legion over the years. He enjoyed reading, watching TV, listening to music and going on daily walks around Manly with Vicky. Mike looked forward to motorcycle rides and trips with family and friends. He enjoyed one, if not two trips a year to South Dakota to hunt prairie dogs and with Vicky enjoyed traveling the US to spend time with their kids and grandkids. Mike never turned down an opportunity to enjoy Thirsty Thursday’s and always enjoyed a good game or card game (usually a little money was involved) and his family could say that he was quite the “wizard” at them. Mike was grateful for the countless friends he made over the years and was filled with an overwhelming love for his family. Those left to cherish his memory are his wife of 40 years, Vicky; children, Wade (Tracy) Smith of New Jersey, Wendy (Lance) Oetken of Alton, IA, Kelly (Robert Goldsberry) Smith of Hudson, IA and Kerry (Todd Chandler) Smith of Sevierville, TN; beloved grandchildren, Noah and Hailey Smith, Olivia Oetken and Alyssa Smith; a sister, Marlene Dietrich of Akron, IA; as well as numerous extended family members and cherished friends. Preceding him in death are his parents, Eldon and Wilma Smith.

The family of Michael W. Smith created this Life Tributes page to make it easy to share your memories.