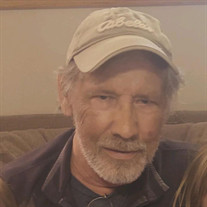 Mark Lee Harthan, 63, of Clear Lake, died Sunday, December 13, 2020, at his home. Per Mark’s wishes, his body has been cremated and a private inurnment will be held on Saturday, December 19, 2020, at Pleasant View Cemetery in Thornton, with Rev. Harlan Seri officiating. Family suggests memorial contributions to MercyOne North Iowa Hospice in Mason City or to the First Congregational Church in Clear Lake. Mark was born October 12, 1957, the son of Jack and Lorene (Nicolet) Harthan in Mason City. He married Karen Langland on June 18, 1983, at the Big Canoe Lutheran Church in Decorah. A graduate of Clear Lake High School, Mark earned a degree in Music Education from Luther College in Decorah. He owned and operated his own landscaping business for most of his career. He also worked on the wind farm south of Clear Lake and Ventura for nearly ten years. Mark was a member of First Congregational Church in Clear Lake and the Clear Lake Municipal Band. He enjoyed music, playing the guitar and playing Nintendo Wii. Throughout his life, he and Karen took the family camping and canoeing several times, mostly to Bluffton, IA, and also the North Bear Campsite northeast of Decorah. More than anything, he loved spending time with his family and grandchildren. Mark is survived by his wife of 37 years, Karen Harthan of Clear Lake; sons, Ben (Sarah) Harthan of Byron, MN and Jacob (Jen) Harthan of Green Bay, WI; grandchildren, Rebeka and Madelyn; brother, Matthew (Debbie) Harthan of Ventura; sister-in-law, Cindy Dorr-Harthan of Ayshire, IA; and many nieces, nephews, great-nieces and great-nephews. He was preceded in death by his parents; and brothers, Timothy, Paul and David in infancy.

Mark Lee Harthan, 63, of Clear Lake, died Sunday, December 13, 2020, at his home. Per Mark&#8217;s wishes, his body has been cremated and a private inurnment will be held on Saturday, December 19, 2020, at Pleasant View Cemetery in Thornton,... View Obituary & Service Information

The family of Mark Lee Harthan created this Life Tributes page to make it easy to share your memories.

Send flowers to the Harthan family.