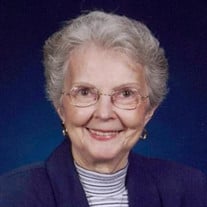 It is with heavy hearts that we announce Lois Marie Hischke Donbert, our beloved mother, grandmother, great grandmother, sister and aunt, was called to heaven on 2/14/2022 with her family by her side. Lois was born October 7th, 1930 in Milwaukee, Wis. to the late Opal and Henry Hischke. Lois graduated high school in 1948. Lois met her husband Richard (Dick) Donbert Sr. in 1949 and married January 18,1950. They lived in Kentucky while Dick was in the Army, moving back to Wisconsin until they moved to Iowa in 1955. Lois then moved back to Wisconsin after his passing in 1992 and became a happy snowbird, going to Florida every winter until she had her stroke in 2015. Lois was a stay at home Mom until she became employed full time at Rath Packing Co., working over 20 years when they closed down. She then worked at Nelson Insurance Agency until she retired in 1992. Lois was an amazing seamstress, always sewing matching outfits for her four girls and all their prom and wedding dresses. She crocheted and knitted many, many afghans and baby sweaters for all of her family. Lois had a great love for dancing and playing cards, especially cribbage. Lois also loved to travel, having visited China, Germany, Austria, France, England, Hawaii and Jamaica where she helped build a dormitory for missionary work with her very good friend Teresa Bartling. Lois is survived by daughters, Susan Escoe (Tom), Debra Berman (Howie) and Aleca Bartling ( Bruce). Her son, Richard ( Rick) Donbert Jr. ( Shelly) and son -In- Law Glen Westerberg. Grandchildren, Rich, Mike, Sarah, Rachel, Ben, Johanna, Jesse, Joshua, Kelly, Justin, Jon, Marrissa, Gabe, and 24 great grandchildren. Sister, Marlene Nelson ( Wayne), sister-in- laws, Toshiko Hischke, Daniele Hischke and Katie Hischke. Lois was preceded into heaven by her parents, husband, daughter, Sandra Westerberg, and grandson, Jackson Clark. Brothers, Robert, Jim and Paul Hischke and her sister, Loralee. Per Lois’s wishes she will have a private family service and interment at a later date.

It is with heavy hearts that we announce Lois Marie Hischke Donbert, our beloved mother, grandmother, great grandmother, sister and aunt, was called to heaven on 2/14/2022 with her family by her side. Lois was born October 7th, 1930 in Milwaukee,... View Obituary & Service Information

The family of Lois M. Hischke Donbert created this Life Tributes page to make it easy to share your memories.

It is with heavy hearts that we announce Lois Marie Hischke Donbert,...