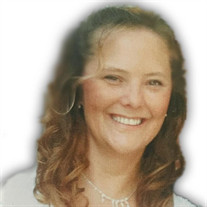 Lisa E. Smith, 55, Mason City, IA passed away Sunday, June 27, 2021 at MercyOne North Iowa Medical Center with her family at her side. Mass of Christian Burial will be held 10:30 a.m. Friday, July 2, 2021 at Epiphany Parish – St. Joseph Catholic Church, 302 5th Street SE, Mason City, IA 50401. Visitation will be 5:00 p.m .to 7:00 p.m. Thursday, July 1, 2021 at Hogan-Bremer-Moore Colonial Chapel, 126 3rd St. NE, Mason City, IA. Lisa Elizabeth Roggeman was born September 21, 1965 in Mason City, the daughter of Raymond and Naomi (Smith) Roggeman. She attended Newman, later graduating from Mason City High School in 1984. She continued her education at NIACC and became a pharmacy tech. In 2003 she met Russell Smith, and on September 3, 2005 the couple was married and two families became one. Along with her son, Eric, she gained three children: Aimee, Kasandra and Jacob. The family made their home in Mason City. Lisa never let life get her down, and took her diagnosis with Sarcoidosis in stride. Russell and Lisa enjoyed fishing and the outdoors, as well as trips to the casino. Annual trips to the Mississippi river brought them great joy. Lisa was rarely found without her miniature poodle, Max, at her side; the pair were inseparable. She was a loving, compassionate woman who knew how to stand her ground and put someone in their place. She was dedicated to her family and was a safe, open-minded soul that would listen to anyone. Her laugh was contagious, and she was always looking for the next opening to a joke. To Lisa, her family was her world, and her greatest joy was becoming “Neena” to her beloved grandchildren. Those left to cherish her memory are her husband of 16 years, Russell; her faithful companion, Max; her son, Eric Thomas Hart; her children, Aimee (Casey) Mussman, Kasandra (Luke) Humburg, and Jacob Smith; her beloved grandchildren, Ava, Ellie and Kadence; siblings, Jeff Roggeman, Stephanie Hodge, Greg Roggeman, Dawn Branstad, and Rene Wasinger; mother-in-law, Carolyn Lane Smith; Russell’s siblings, Becky (Charlie Klock) Hubacher and Mickey (Tammy) Smith; as well as numerous nieces, nephews, and extended family members. Those greeting her in Heaven are her parents, Raymond and Naomi; her half brother, Daryl Roggeman; and father-in-law, Donald Smith.

The family of Lisa Elizabeth Smith created this Life Tributes page to make it easy to share your memories.