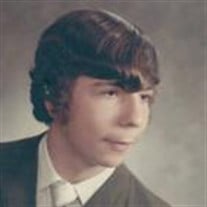 Larry R. Reynolds, 68, of Mason City, passed away Tuesday, December 21, 2021 at MercyOne North Iowa Medical Center in Mason City. A Celebration of Life will be held at a future date. The son of Robert Reynolds, Sr. and Lillian (Priest) Reynolds, Larry Richard was born on March 31, 1953 in Albert Lea, MN. He grew up in LeRoy, graduating from LeRoy High School among the class of 1971. Following his graduation, Larry was united in marriage to Debra Stevens and together they would be blessed with a son, Michael Richard. The couple would later divorce. Larry began his career as a garbage collector in LeRoy before accepting a job as a Kirby Vacuum salesman, which led him to Boise, Idaho and Tomah, Wisconsin before he and Debra settled in Mason City in the 1980’s. Larry finished his career as the sales manager with Skarlis Olds Honda in Mason City before his retirement in 2007. Many will remember Larry for his quick wit, gift of gab, and his love of conversation. He was seemingly able to make friends at each and every endeavor. In his free time he enjoyed history and politics, and enjoying the company of his feline companion, Mange. Larry is survived by his siblings, Robert (Ann) Reynolds, Jr., LeRoy, and Patricia Reynolds, Mason City; his half sister, Shirley Hall of Arizona, and her children, Ronda Henderson and Steven Hall; his niece, Kathryne “Katie” Marker and her boyfriend, Brandon Giffords; as well as his extended family and many friends. Larry is preceded in death by his parents, Robert and Lillian; and his son, Michael, in 2011.

The family of Larry R. Reynolds created this Life Tributes page to make it easy to share your memories.

Send flowers to the Reynolds family.