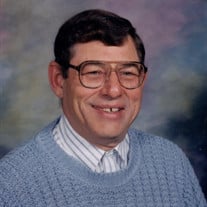 Joseph Edward Scherff, 84, died Saturday, May, 7, 2022 at Good Shepherd Healthcare Center. A Funeral Service will be held 11:00am, Thursday, May 12, 2022, at Bethel United Methodist Church, 503 S East St, Manly, IA, with Pastor Cory Allard. Burial will take place later on in Graceland Cemetery, Creston, IA. Visitation will be held one hour prior to the service at the church from 10:00am to 11:00am. Joe was born and raised in Chicago, IL. He graduated from Chicago Vocational High School in 1958. During his time in high school he became certified in AirCraft Power Plant mechanics, Air Logic, and was a member of the Illinois National Guard. He served in the United States Navy, training pilots that flew on and off onto aircraft carriers. Some of the carriers he trained for were the USS Bennington CV-10, USS Oriskany CV-34, USS Anketan CV-30, and USS Box Homme Richard CV-31. Joe not only trained but he flew an F9F8 Cougar Plane. Joe served for four years from 1958, until his honorable discharge in December of 1962, leaving as a tradesman second class. On June 21, 1969, he married Dixie Ramsbottom, in Creston, IA, together the couple had one daughter, Angela Taylor. In the early 70’s the family made Manly, IA their home for forty plus years. Throughout these years he became an industrial electrician, a husband, a father and a grandfather. Joe worked for Northwestern States Portland Cement Company which eventually was renamed Holman;Holcim until his retirement in December of 2002. He was once an active member of the Bethel United Methodist Church, American Legion of Manly, the Manly Lions, and a modular railroad club. Joe enjoyed building model railroads. Joe was an avid football supporter, especially liked the Chicago Bears and Minnesota Vikings. It was a common occurrence that Joe had a cup of coffee in his hand, occasionally it was when he was assisting on the farm. He also had a thirst for knowledge and reading non-fiction books helped him become an expert on many subjects. Those who knew Joe, will remember him for always willing to lend a helping hand in a time of need. Those left to cherish memories of Joe are his loving wife of 52 years, Dixie Scherff; children, Angela (Tracy) Taylor of Chariton, IA; Joseph Scherff Jr of Northwood, IA, Catherine Johnstone of Chicago, IL; several grandchildren and great-grandchildren; sister-in-law, Rhonda Giles; brother-in-law, Dwight Giles; nieces and nephews, Tricia (John) Otten; great niece and nephew, Kelsey and Garrett. Joe is preceded in death by his mother, Henrietta; and a son, Ronald Scherff.

The family of Joseph Edward "Joe" Scherff created this Life Tributes page to make it easy to share your memories.

Send flowers to the Scherff family.