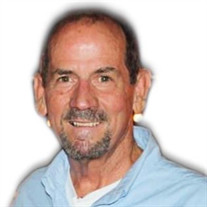 John S. Welling, 65, of Rockwell, passed away Thursday, January 14, 2021 after a long and courageous battle with his health. A Mass of Christian Burial will be held 10:30 a.m. Wednesday, January 20, 2021 at Sacred Heart Catholic Church, 305 Elm Street E, Rockwell, IA 50469. A Live Stream of the service can be found on Hogan-Bremer-Moore Colonial Chapels’ Facebook Page. John will be laid to rest at Sacred Heart Catholic Cemetery in Rockwell. Visitation will be held from 4:00 p.m. to 6:00 p.m. Tuesday, January 19, 2021 at the church. John Stephen Welling was born June 6, 1955 in Phoenix, AZ the son of William and Dorothy (Gill) Welling. Growing up as one of ten children, John graduated from Central High School in Phoenix. On November 7, 1987 John married the love of his life, Mindy DeVary, at Sacred Heart Catholic Church in Rockwell. The couple was blessed with three children, Makenzie, Mika and Benton and the family made their home in Rockwell. John began working for Doors Inc. in the late 1980’s where he opened a branch in Swaledale. He took great pride in his work and accomplishments. Though John would have never chosen to step down, in 2015 his health led him to retire from Doors Inc. John was a generous, kind hearted man who wasn’t afraid to speak his mind. He had a gift for reading people and gave opportunities to those who needed them. Children brought John great joy, and becoming a grandfather was one of his greatest accomplishments. Time spent with them, whether it was in person or over facetime, was the highlight of his day. Most of all, John’s world was his family: whether it was road trips with his wife, cooking for the family, or time spent on the golf course together. Those left to cherish his memory are his wife of 33 years, Mindy; his children, Makenzie (Will) Welling of Baxley, GA, Mika (Calvin) Shelangoski of Chanhassen, MN, and Benton (Larissa) Welling of Des Moines; grandchildren, Lawson, Waylon, Iza, Lewis, Brixton and Briley; siblings, Bill, Bob, Ted, Mary, Joe, and Greg; mother-in-law, Dorothy DeVary; brothers-in-law, Mike, Danny and Steve; as well as numerous extended family members and friends. Preceding him in death are his parents, William and Dorothy; brothers, Brian, Mike and Mark; father-in-law, Jim DeVary; brother-in-law, Jon Fry; and a nephew Josh Fry. Hogan-Bremer-Moore Colonial Chapel. 126 3rd St. NE, Mason City, IA 50401. (641) 423-2372. ColonialChapels.com

John S. Welling, 65, of Rockwell, passed away Thursday, January 14, 2021 after a long and courageous battle with his health. A Mass of Christian Burial will be held 10:30 a.m. Wednesday, January 20, 2021 at Sacred Heart Catholic Church, 305... View Obituary & Service Information

The family of John S. Welling created this Life Tributes page to make it easy to share your memories.

Send flowers to the Welling family.