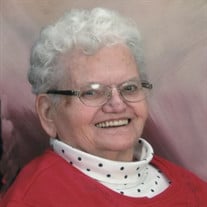 Ilis Charleen Titus, 88 of Clear Lake, died Tuesday, November 23, 2021, at MercyOne North Iowa Medical Center in Mason City. Per Charleen’s whishes, her body has been cremated and inurnment will be in North Platte, Nebraska with her family at a later date. Charleen was born October 1, 1933, the daughter of Elmer and Bessie (Whiting) Telitz in North Platte, NE. She married F. David Titus on November 13th, 1967. He preceded her in death on September 30th, 2019. Charleen graduated from North Platte High School in Nebraska. She worked as a bookkeeper for Woolworths in North Platte, this is where she and David’s love story began. Through they life together Charleen worked as a bookkeeper for many businesses including Woolworths, Asgrow Seed, The Flower Shop as well being a homemaker. They lived in Wilmar, Minnesota, Ankeny, Iowa and Des Moines, Iowa. During their time in Des Moines, Iowa, David attended seminary and became a priest in the Episcopal Church, together they served Episcopal Congregations in Clear Lake, Iowa, Sioux City, Iowa, and Garden City, Kansas. During her time in Sioux City, she helped to host the Episcopal Scottish Boys Choir from Brechen, Scotland, the Sister Diocese of Iowa at that time. Charleen took great pride in learning from and working in fellowship with St. Paul’s Episcopal Indian Mission family. It was there that she enjoyed making Star Quilts, learning to and making beaded jewelry, as well as preparing and serving Indian Tacos. She had the honor of being a godmother to many children throughout her years of ministry. Charleen enjoyed word search puzzles, jigsaw puzzles and talking with family and friends over tea. She was an excellent baker and loved spending time with her family, grandchildren and great-grandchildren. She opened her heart to many and was called mother and grandmother by more than her biological children and grandchildren. Charleen is survived by her daughters, Kathleen (Andy) Hatch of Clear Lake and Michelle Ramirez of Garden City, KS; grandchildren, Nicole (Shad) Arispe of Mason City, Tim (Jessica Marquand) Tagge of Manly, Abbigayle Ramirez of Witchita, KS and Isabella Ramirez of Garden City, KS; great-grandchildren, Teanna (Jae) Bakken of Mankato, MN, Malea Tagge of Mankato, MN, Victoria Stinnett of Mason City, Kaedyn Cody of Mason City and Aurora Tagge of Manly; and numerous nieces and nephews. She was preceded in death by her husband; parents; son, Michael; and siblings.

Ilis Charleen Titus, 88 of Clear Lake, died Tuesday, November 23, 2021, at MercyOne North Iowa Medical Center in Mason City. Per Charleen&#8217;s whishes, her body has been cremated and inurnment will be in North Platte, Nebraska with her family... View Obituary & Service Information

The family of Ilis Charleen Titus created this Life Tributes page to make it easy to share your memories.

Send flowers to the Titus family.