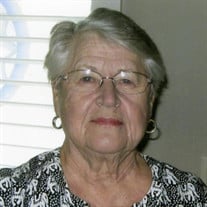 Helga Ann Borgman, 84, of Clear Lake, died Tuesday, August 10, 2021, under the care of MercyOne North Iowa Hospice at Oakwood Care Center in Clear Lake. She died peacefully with her husband at her side. A Private Family Celebration of Life will be held at First Congregational Church, 923 Buddy Holly Pl., Clear Lake, with Rev. Harlan Seri officiating. Visitation for friends and family will be held from 5:00-7:00 p.m. Thursday, September 2, 2021 at Ward-Van Slyke Colonial Chapel, 310 1st Ave. N., Clear Lake. Ann donated her body to the University of Iowa Deeded Body Program for medical research. Her body will be cremated and spread in the Pacific Ocean off her beloved Keawakapu Beach on Maui, HI. In lieu of customary remembrances, memorials in Ann’s honor may be directed to MercyOne North Iowa Hospice, Juvenile Diabetes Research Foundation or to the First Congregational Church in Clear Lake. Ann was born to Harald and Ruth (Merrill) Balstad on September 17, 1936, in Monticello, IA. She was named after her Norwegian grandmother, but was always called Ann by her family. She did not know her first name until she was six years old. A Norwegian aunt was coming for a visit and she was to be called Helga while her aunt was there. Her family moved to Pella, IA when she was a preschooler. She attended grade and high school there and graduated in 1954. Subsequently she enrolled at Central College receiving her teaching certificate in Elementary Education. After college she taught 6th grade in Emmetsburg and West Liberty. On August 15, 1958, she was united in marriage to Robert L. Borgman, and to that union three children were born: Elizabeth Ann, Marc Robert and Sarah Kathryn. They lived in West Liberty, Iowa City, Honolulu, HI and Fort Dix, NJ, before moving to Clear Lake in 1965. Ann was very active in the community as a volunteer including serving on the Planning and Zoning Commission for six years, where she served as chairperson for five years. She was a past member of Crescent Club and PEO Chapter LE. While president of PEO, she was instrumental in founding the PEO Scholarship. She was also a member of First Congregational Church where she was a Sunday school teacher, deacon, trustee and church treasurer. Ann was a loving devoted wife and mother. She was a voracious reader, gourmet cook and had a keen interest in local, state, national and international issues. Theater was one of her favorite activities. She and Bob had season tickets to the Guthrie Theater in Minneapolis for many years. Travel was also high on Ann’s priority list having traveled extensively in the United States. She went to Europe five times, including the highlight of one of her trips being a visit to her father’s birthplace on the Balstad farm near Tingvoll, Norway. Her favorite place to visit was Hawaii, specifically Keawakapu Beach on Maui, where she enjoyed reading, swimming and whale watching. Ann was cared for by MercyOne North Iowa Hospice her last few months of life. Her family is grateful for the empathy and caring shown by Dr. Sajadian, Dr. Brunsting and the staffs at hospice and Oakwood Care Center. Ann is survived by her husband, Bob of Clear Lake; daughter, Elizabeth (Mark) Ebaugh of Clear Lake, son, Marc (Laurie Borgman of Clear Lake, and daughter, Sarah (Trent Sehnert) Borgman of Palm Beach Gardens, FL; three grandchildren, Allison (Brian) Janssen, Drew (Jenn Negron) Ebaugh and Erin Borgman; great-grandson, Oliver Janssen; sister, Dixie (Roy) Houck; sister-in-law, Shirley Borgman; as well as numerous nieces and nephews. She was preceded in death by her parents; brother, Richard; and sister, Jeanne Marie.

Helga Ann Borgman, 84, of Clear Lake, died Tuesday, August 10, 2021, under the care of MercyOne North Iowa Hospice at Oakwood Care Center in Clear Lake. She died peacefully with her husband at her side. A Private Family Celebration of Life... View Obituary & Service Information

The family of Helga Ann Borgman created this Life Tributes page to make it easy to share your memories.

Send flowers to the Borgman family.