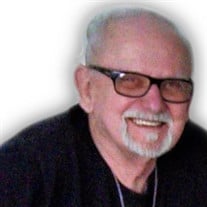 Harold Marvin “Casey” Mohr, 87, passed away on Friday, November 20, 2020 in his Northwood home. A graveside service will be held at a later date. Casey was born on May 15, 1933, the son of Carl and Marie (Seeman) Mohr of Kensett, IA. He was the first of his family to graduate from High School at the rural Kensett School. After graduation he enlisted in the Army to serve his grateful nation in the Korean War. His lifelong career was being a master carpenter at Larsons in Lake Mills, IA. Casey built countless beautiful creations. His family will treasure every item that was built for them. As a young man he rode Brahman bulls in the rodeo, drove an 18 wheeler across the country hauling hay, and worked for the forest service in Oregon. As an older man he had prize winning chickens, ducks and tropical birds. He always had a passion for cars and in his younger years he owned quite a few. He loved to go to car shows as time went on his passion for them never got smaller, just the size of the cars that he collected. Casey was an avid bird watcher, who often watched them for hours at a time. Being the handy man that he was, he built an array of bird feeders outside his dining room windows. Among carpentry, Casey was a painter and created one of a kind masterpieces. Those left to cherish memories of Casey are his children, Marc (Marie) Mohr, Tammy (Scott) Hakes, Michael “Stumpe” Mohr, Cole (Trish) Mohr; daughter in laws, Nancy L Mohr and Petra Mohr; grandchildren, Katrina (Ian), Ryan (Jenny), Bridgette (Matt), Rachael, Kristin (Jim), Randy (Kelly), Felicia, and Andrew; 17 great grandchildren; sister, Marilyn Gilman; as well as numerous nieces and nephews. Casey is preceded in death by his wife, Nancy J. (Fletcher) Mohr, son, Shawn Mohr; stepson, Todd Stumpe; his parents; great-grandson, Colby; brothers, Bud and Wayne; sisters, Anita, Dorothy and Fern. The family of Casey would like to thank the members of the Northwood Community that have helped and supported him for many years. All of those people made a difference in his life and allowed for him to stay independent in his home.

The family of Harold Marvin "Casey" Mohr created this Life Tributes page to make it easy to share your memories.

Send flowers to the Mohr family.