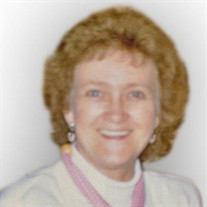 Geraldine I. Smith, 89, of Mason City, passed away Tuesday, June 8, 2021 at Country Meadows Place in Mason City. A Funeral Service will be held 10:30 am Saturday, June 12, 2021 at First Baptist Church, 125, E. State St., Mason City, with Rev. James Bringman officiating. Burial will follow in Elmwood St. Joseph Cemetery, Mason City. Visitation will be held Friday evening, June 11, 2021 from 5:00 pm until 7:00 pm at Hogan Bremer Moore Colonial Chapel, 126 3rd St NE, Mason City, and will resume one hour prior to Geri’s service at the church on Saturday. The daughter of Gerhard and Serina (Alne) Skartland, Geraldine Ione was born August 15, 1931 in Fairmont, Minnesota. She was raised on the family farm and had a love for animals, especially horses. She attended East Chain High School and graduated in 1948 before continuing her education at Bible School in Fergus Falls and Waldorf College in Forest City. During her college years Geri was very active in choir and traveled with both the Bible School and Waldorf school choirs. Following her graduation from Waldorf Geri enrolled at Mankato State College where she earned her teaching degree. For many years Geri worked in health care at St. Mary’s, Ritter’s Nursing Home, which is now known as Oakwood Care Center, and MercyOne Medical Center. Geri was employed as a supervisor in Patient Accounts, Insurance and Admitting for over 25 years before her retirement in 1996. Throughout her life Geri always had a deep love for music and was very talented. She played in her first of many weddings at age 11 and would continue to play for numerous wedding and funeral services over the years. On February 17, 1996 Geri was united in marriage to Marvin Smith at First Baptist Church in Mason City. Together they were blessed with 25 years of marriage. They enjoyed traveling, cruising, and spending time with family and friends. Geri was a long time member of First Baptist Church and was active within Christian Women’s Club and served as the parish organist for many years. Her strong faith and trust in the Lord guided Geri throughout her life. Geri is survived by her husband, Marvin, Mason City; children, Ken (Pam) Heimdal, Lakeville, MN, Todd ( Kari) Heimdal, Brandon, MN, Cynthia (David) Brown, Mason City, JoAnn (Tom) Maulsby, Clear Lake, and Julie (Greg) Meier, Swaledale; step children, Tom (Jeralyn) Smith, Melrose, IA, Deb (Asif) Nadarevic, West Des Moines, and Dr. Dan Smith and Dr. Mike Tully, Minneapolis, MN; 13 grandchildren and many great grandchildren; sister, Shirley Skartland, Maple Grove, MN; as well as many nieces and nephews. She is preceded in death by her parents, grandson, Nate Heimdal, and brothers, Clifford Lee and Gerhard Skartland, Jr.

The family of Geraldine I. "Geri" Smith created this Life Tributes page to make it easy to share your memories.

Geraldine I. Smith, 89, of Mason City, passed away Tuesday, June...