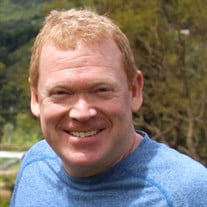 On Monday, November 23, 2020, Gerald (Jerry) Gudmonson, loving husband, father, son and brother, passed away at the age of 60 in his home in Savage, MN. Jerry will be laid to rest in Sunset Rest Cemetery in Northwood, IA following an intimate family ceremony. A celebration of life will be planned for this spring. Memorials in remembrance of Jerry can be made to Pancreatic Cancer Action Network (pancan.org) or to the Northwood Volunteer Fire & Rescue Company in Northwood, IA. Jerry was born on September 5, 1960 in Mason City, IA to Donald and Jean (Miller) Gudmonson of Northwood, IA. He graduated from Northwood-Kensett Schools in 1979. He went on to pursue an electronic technician certificate from Hennepin Technical Center in Eden Prairie, MN in 1985. After working as an electronic technician for a couple of years, he moved back to his hometown of Northwood, IA and began work in the maintenance department at Winnebago Industries in Forest City, IA. In 1989, he moved back to Eden Prairie, MN and began maintenance work at Malt-o-Meal Corporation in Northfield, MN. He continued to work there until deciding to change paths and become a mortgage loan officer in 1998. Jerry continued in the mortgage business and created a successful business, supporting his customers and forging many friendships with his customers and business partners. On June 19, 1993, Jerry married Doreen Hengesteg. Together, they raised two daughters, Lauren and Kendra. Jerry's greatest joy in life was spending time with his family whether it was at their home in Savage, MN, their lake house in Clear Lake, IA, or taking family trips. No matter where he went, he had the amazing ability to talk to just about anyone about anything. Jerry enjoyed watching sports and was known to place a wager here and there. He also enjoyed catering to (or spoiling) the family pet dog, Bentley. Jerry will be loved and missed by his wife Doreen, daughters Lauren and Kendra, mother Jean Blake and stepfather Dan Blake, sister Shawn Charlson and her husband Dan, brother Mark Gudmonson and his wife Linda, father and mother-in-law Robert and Marg Hengesteg, sisters-in-law Deb Nelson and her husband Brad and Darla Otis and her husband Dan, brother-in-law Ron Hengesteg and his wife Stephanie, nieces Donika Charlson, Callie Gudmonson, Becca Cronbaugh, Taylor Pierce, nephews Jacob Charlson, Troy Gudmonson, Eric Otis, Michael Otis, Zach Hengesteg, and Cade Hengesteg, and many uncles, aunts, cousins, and friends. Jerry was preceded in death by his father Donald, paternal grandparents Kenneth and Myrtle Gudmonson, maternal grandparents Verle and Corrine Miller, and uncle Robert Gudmonson.

On Monday, November 23, 2020, Gerald (Jerry) Gudmonson, loving husband, father, son and brother, passed away at the age of 60 in his home in Savage, MN. Jerry will be laid to rest in Sunset Rest Cemetery in Northwood, IA following an intimate... View Obituary & Service Information

The family of Gerald "Jerry" Gudmonson created this Life Tributes page to make it easy to share your memories.

Send flowers to the Gudmonson family.