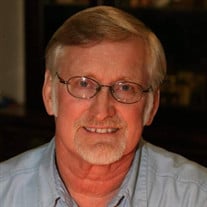 Gary L. Bauer, 69, of Clear Lake passed away Saturday, September 18, 2021 at MercyOne North Iowa Medical Center in Mason City. Visitation and public viewing will be held from 5:00 p.m. to 7:00 p.m. on Friday, September 24, 2021 at the funeral chapel. A Livestream and recording of the service can be found here: https://www.facebook.com/Ward-Van-Slyke-Colonial-Chapel-Crematory-163331107018131/ A Celebration of his life will be held 10:30 AM Saturday, September 25, 2021 at Ward-Van Slyke Colonial Chapel, 310 1st Avenue North, Clear Lake, IA 50428 with Rev. Eric Weaver of First Baptist Church, Forest City and Heath Bauer co- officiating. Gary Lynn Bauer was born March 7, 1952 in Mason City, the son of Robert and Eleanor (Miller) Bauer. Growing up in the Mason City and later Clear Lake area, Gary graduated from Clear Lake High School in 1970. After graduation, he followed his faith to Faith Baptist Bible College where he met the love of his life, Catherine Shriver. The couple were married on October 13, 1972 at the South Town Baptist Church in Des Moines, IA and blessed with nine children: Christie, Heath, Carie, Clint, Shelly, Derek, Breilen, Blake and Denise. The family made their home in Clear Lake and Gary began Bauer Brother’s Construction alongside his brother. Though the brothers later went their own directions, Gary continued to use his skills with his own business, Gary Bauer Construction. Recently he was driving for Kane Transport. Gary’s dedication to his relationships and his family was unmatched. He cherished time with his grandchildren and took pride in making them feel important and heard. He was truly a “Mr. Fix It”, whether it was a house, car, motorcycle, or toy, Gary had the skills and tools to fix it. He wouldn’t just fix it to get it done, he would hone each detail to perfection, even if he was the only one to appreciate it because “If you were going to do it, you were going to do it right!”. Gary had a deep seeded appreciation for life, and cherished each day. Whether it was filled with family and love or helping a stranger, he made the best of it. Gary knew the love of God, and worked diligently to share that love with all who would listen. His heart was full knowing his children and grandchildren were able to share in God’s glory. Those left to honor his memory are his wife of 48 years, Catherine; children, Christie (Ken) McLain, Heath (Amber) Bauer, Carie Coyle, Clint (Melissa) Bauer, Shelly (Jack) Taylor, Derek (Mariela) Bauer, Breilen (Vanessa) Bauer, Blake (Caitlin) Bauer, and Denise Benson; grandchildren, Steven, Garrett, Harrison, Brendan, Benjamin, and Andrew McLain, Collin, M’Kenzie and Capri Bauer, Shannon, Shawna, Sheila, Sheridan, Sierra, and Summer Coyle, Hunter, Nick, Noah and Nathan Bauer, James, Joyanna, Abigail, Elijah and Gabriel Taylor, Nolan, Sailor and Ensley Bauer, Ethan, Pacey and a baby girl, Vivia Bauer, on the way, Magnolia Bauer, and Nikara and Phoebe Benson; three great-grandchildren; a brother, Keith (Nancy) Bauer and two sisters, Rebecca Michalowski and Roberta Bauer; as well as numerous nieces, nephews, and extended family members. Preceding Gary in death are his parents, Robert and Eleanor; brother, Darrell Bauer, and beloved grandmothers, Paternal grandmother, Gertrude Bauer and maternal grandmother, Jenny Miller.

The family of Gary L. Bauer created this Life Tributes page to make it easy to share your memories.

Send flowers to the Bauer family.