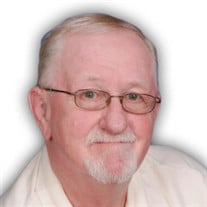 Edwin D. “Buck” Beenken, 74, died Monday, October 26, 2020 at the Iowa Veterans Home in Marshalltown. A funeral service will be held 1:30 pm on Saturday, October 31, 2020 at Hogan Bremer Moore Colonial Chapel, 126 3rd St NE, Mason City where military honors will be provided by the Mason City Veterans Honor Guard. Burial will follow in Lincoln Township Cemetery. Visitation with public viewing will be held Friday evening, October 30, 2020 at Hogan Bremer Moore Colonial Chapel from 5 pm until 7 pm. Should friends desire, memorials may be left in Buck’s name to Toys for Tots. The son of Edwin and Icle (Dixon) Beenken, Edwin Donald was born on January 1, 1946 in Mason City. He grew up in the Central Heights/Mason City area and attended Mason City High School before the family moved to a farm outside of Charles City. Buck’s final school years were spent at Charles City High School where he lettered in wrestling. He graduated with the Class of 1964 and then enlisted in the United States Marine Corps. From August of 1964 through 1968 Buck honorably served his country as a radio telegraph operator and spent 13 months serving alongside an artillery unit in Vietnam. Upon his honorable discharge Buck returned home to the Mason City area. On September 20, 1969 he was united in marriage to Nancy Wickwire in Mason City. Together they were blessed with two children, Chad and Tina. Buck worked for many years as a salesman, selling vacuums and softener salt throughout north Iowa before accepting a sales position with Price Motors. Buck enjoyed his time selling vehicles and worked at Price Motors until his retirement. In his free time Buck enjoyed fishing and took many fishing trips to Minnesota and Canada over the years. He loved raising and showing his beloved English Bulldogs and was proud to have raised a Grand Champion. Buck spent countless hours volunteering at MercyOne North Iowa and the Music Man Square. He was a former member of Mason City Kiwanis and the Marine Corps Club. Those grateful in sharing in his life are his children, Chad Beenken and Tina (Joe) Mathahs, both of Mason City; grandchildren, Owen Edwin Beenken, Kativa (Zach) Weitzel, Noah Eckholt, Rain Eckholt, and Skyler Eckholt; great grandchildren, Huxton and Emerson Weitzel, and George Blankenship; sisters, Evelyn (Charlie) Tantow, and Norma Carver; niece, Kimberly Moffett; nephew, Brian Stromley; as well as extended relatives and many friends. Buck is preceded in death by his parents; brother, Ronald Stromley; and brother in law, Larry Carver.

The family of Edwin D. "Buck" Beenken created this Life Tributes page to make it easy to share your memories.

Send flowers to the Beenken family.