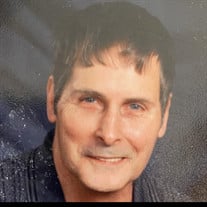 David Schotanus, 76, of Plymouth, passed away April 16, 2021 in Plymouth. A private graveside service will be held Thursday, April 22, 2021 at Memorial Park Cemetery, Mason City, with Pastor Cory Allard officiating. Memorial contributions may be directed to the family and a charity will be established at a later time. David Schotanus was born April 17, 1944 in Mason City, son of Clyde and Marion (Adkins) Schotanus. He attended the Grafton Schools. After his education he worked construction for several years and retired as a welder for Terex in Waverly after thirty-one years. He was united in marriage to Judi Deets on November 17, 1963 in Manly at the Bethel United Methodist Church and to this union two children were born, Gregory and Carole. He was an active member of the Bethel United Methodist Church in Manly. He looked forward to helping decorate for the Christmas Season at the church. David enjoyed listening to music, spending time outside walking and taking in the nature around him. He will be remembered for his hard work ethics, ability to repair and adapt to situations, that he passed down to his children. In his retirement, he was able to catch up on his reading, especially political books; he also became the primary caretaker for the family cats. He found joy in being able to have his fire burning wood furnace and preparing the wood for this. David is survived by his wife of 57 years, Judi Schotanus of Plymouth; two children, Gregory and Carole; two sisters, Connie and Mickey, uncle, Jack Schotanus. David is preceded in death by his parents, Clyde and Marion Schotanus; brother, Dwight; uncle, Jerry Schotanus and aunt, Patsy Schotanus.

The family of David Schotanus created this Life Tributes page to make it easy to share your memories.

Send flowers to the Schotanus family.