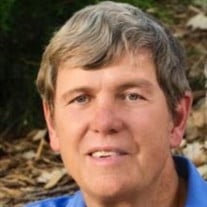 David Duane Hopper, 70, of Clear Lake, passed away Monday, January 25, 2021, at MercyOne North Iowa Hospice, from complications of a nearly 20 year battle with Parkinson’s disease. He was 70 years old and had lived life to the fullest. A Celebration of Life will be held for the immediate family at Galilean Lutheran Church on Sunday, January 31, 2021, with Pastor Melinda McCluskey officiating. The service will be live streamed on the Hogan-Bremer-Moore Colonial Chapel Facebook page, and posted to David’s tribute page at www.colonialchapels.com following the service. Please check their website for the obituary and details. Burial will be at Memorial Park Cemetery in Mason City. The family suggests memorials be directed to the Michael J. Fox Parkinson’s Research Foundation, Galilean Lutheran Church or plant a tree in his memory.  Condolences may be sent to the family at 2416 North Shore Drive, Clear Lake, Iowa, or if you have memories or a story you would like to share, the family would like to put a collection together. You can send memories to [email protected] David was born November 5th, 1950 to Richard and Marjorie (Taylor) Hopper and grew up in Ventura.  He was baptized at Redeemer Lutheran Church in Ventura.  During his school years he was in Boy Scouts, ran track, played the drums, and was chosen for the Dorian Music Festival.  When he was 14 he started working at the local fishing resort, Kaster’s Cove, and worked there through high school and college years. He graduated from Ventura High School in 1969. He attended Iowa State University majoring in Landscape Architecture.  It was there he met his wife, Linda (Hanson) Hopper.  They were married August 6th, 1972 at St. Paul’s Lutheran Church in Thornton, Iowa.  During college years, Dave participated in the Barche Dance Troop, which did the opening performance for CY Stevens auditorium at Iowa State University.  He graduated in 1973 and then began work at Hoskins Landscaping in Des Moines where he worked for 5 years.  On February 16th, 1976,  their daughter Annalisa Marie (Hopper) Miner was born. In 1978 they moved to a family homestead east of Clear Lake where they started and operated Natural Plus Nursery for over 35 years.  January 28, 1979, their son David Matthew Hopper was born. Dave was well-known for his gift of landscaping design and installation.  He did work all over North Iowa and made many friends along the way.  He did projects throughout the area such as at Mercy Medical Center, NIACC, and many other commercial and residential projects. One of his most notable projects was designing and building the wall in East Park adjacent to the Cannonball train.   Over the years Dave volunteered for numerous organizations and was heavily vested in his community.  He was a Boy Scout leader, Hospice volunteer, volunteered in the schools, was on the Clear Lake School Board, was a Mason City Mohawk hockey team rep, volunteered at Galilean Lutheran Church, was a CASA volunteer, and coached many youth sports teams. In 2011 he received the Governor's Volunteer Award. Dave retired from the business in 2015 due to health reasons and at that time his son, David and wife (Mary) moved to the farm and took over the business. One of the family's best memories was their annual summer vacations to Hiawatha Beach Resort at Leech Lake where the family has gone for over 40 years. He was loved by and especially proud of his family. One of his favorite things in life was watching his grandchildren’s activities. He will be remembered most for his gentle and kind spirit. He was a man of few words and had a heart of gold.   He was beloved by his wife of 48 years, Linda Hopper of Clear Lake; his two children Annalisa (Corey) Miner of Mason City, Iowa, and David Matthew (Mary) Hopper of Clear Lake; and grandchildren, Sierra Miner, Corey David Miner, Holtan Hopper, and Clara Hopper.  He is also survived by his siblings, Richard (Connie) Hopper of Wallingford, Iowa and Carolyn (Greg) Knop of Nevada; brother-in law, Bennett (Kay) Hanson of Ankeny; sister-in-law, Sonja Hanson of Ankeny; as well as many nieces, nephews, and life-long friends. He was preceded in death by his parents, Richard and Marjorie Hopper; and infant grandson, David Holtan Hopper.

David Duane Hopper, 70, of Clear Lake, passed away Monday, January 25, 2021, at MercyOne North Iowa Hospice, from complications of a nearly 20 year battle with Parkinson&#8217;s disease. He was 70 years old and had lived life to the fullest.... View Obituary & Service Information

The family of David Duane Hopper created this Life Tributes page to make it easy to share your memories.