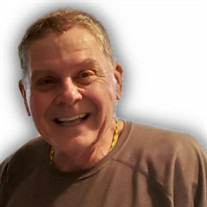 David Leon Hayes Sr., 70, passed away, surrounded by family, on Wednesday, April 20, 2022 at Fairview University of Minnesota Medical Center. The family will have a Celebration of Life for David at the farm in Nora Springs on Sunday, July 3 at 4 p.m David’s family asks that memorial contributions be sent to Hogan-Bremer-Moore Colonial Chapel, 126 3rd St NE, Mason City, IA, as they will be giving donations to various organizations in his name. David was born on March 6, 1952, the son of Ira Wade and Doris (Scalf) Hayes of Reinbeck, IA. After graduating from Reinbeck High School, he attended two years of technical training in Des Moines, which gave him the opportunity to work for Xerox Corporation in Omaha, NE, where he met the love of his life, Barbara Bell. On February 23, 1974, David married Barbara at St. John’s Lutheran Church in Galva, IA. From this loving union three children were born. In November of 1988 the family moved to their farm in Nora Springs, IA where they still live today. David worked at Eaton Co. in Belmond, IA for 30 plus years until his retirement in 2019. As David was a person who liked to keep busy, even after retirement, he picked up a part time job at a local hatchery and was making plans to drive the school bus for Central Springs School District. In keeping with his enthusiasm for life he was actively involved with his children in Cub and Boy Scouts as a leader, taking part in several scouting activities. He also was involved with his children in Taekwondo (where he received his first degree black belt), as well as numerous sporting and outdoor activities. David was an avid sportsman and conservationist. Family and friends always spoke about his selflessness and always giving his time, he will forever be remembered for this. He always made sure he provided for his family, making sure they were cared for lovingly. His love of nature can be witnessed in his love for his two special dogs in his life: Sarge and Jake. Taking early morning walks with them always got his day started off on the right foot. His grandchildren were his life. The grandchildren enjoyed their time with their grandpa, as much as he enjoyed the time with them. He introduced them to the card game of Cribbage, which he enjoyed playing with his own children as well as the grandchildren and with his brother. There was always a tournament going on when everyone was together. They loved the time with grandpa on the farm helping with chores and riding the ATV. David was always available for his friends, helping when he could. Those left to cherish memories of David are his wife of 48 years, Barbara; children, David (Lawanda) Hayes Jr. of Colorado Springs, CO; Matthew (Tiffany) Hayes of Abilene, TX; Susan (Keith) Wipert of Glenwood, IA; grandchildren, Jasmine (Terrance) Williams, Dedrick Lee II, David Hayes III, Danielle Hayes, Madalynn Hayes, Ayden Hayes, Lilly Hayes, Ellie Hayes, Oliver Hayes, and Rylee Wipert; great-grandchildren, Aliyah Cadwell, Aminah Cadwell, and Terrance Williams Jr.; brother, Daniel Hayes; nephew, Jed Hayes; as well as countless extended family members. David is preceded in death by his parents and numerous aunts, uncles and cousins.

David Leon Hayes Sr., 70, passed away, surrounded by family, on Wednesday, April 20, 2022 at Fairview University of Minnesota Medical Center. The family will have a Celebration of Life for David at the farm in Nora Springs on Sunday, July 3... View Obituary & Service Information

The family of David Leon Hayes Sr. created this Life Tributes page to make it easy to share your memories.

Send flowers to the Hayes family.