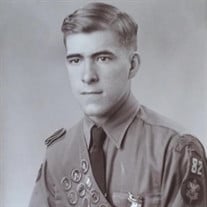 Daniel “Dan” D. Swartz Sr., 85, died on Friday, December 11, 2020, at Manly Specialty Care Center. According to Dan’s wishes, his body has been cremated. A memorial may be held at a later date. Daniel was born on February 3, 1935, in Hanlontown, IA to Samuel B. Swartz II and Charlotte (McEnelly) Swartz. He attended Hanlontown Public Schools all 12 years and graduated at the head of his class. He was a decorated Eagle Scout, played baseball, basketball and was in choir. While in school, Dan met Shirley Orcutt. They married on February 4, 1954, and were together for sixty-four and a half years. During that time, they had three children, Daniel Doug Jr. (Nancy) of Algona IA, Julie (Fred Parish) of Pasadena, TX and Kenneth L. (Anke) of Manly, IA. Over the years Dan graduated from Gates Business College, worked for Kehe Construction Co. in Waverly, IA, Thermogas Co. in Waterloo, IA and Watertower Paint & Repair Co. in Clear Lake, IA. He was preceded in death by his wife, two brothers, Samuel and David, and his parents. Left to honor his memory are his three children, their spouses, five grandchildren, three great-grandchildren and his sister (Jeanne Sears).

The family of Daniel "Dan" D. Swartz Sr. created this Life Tributes page to make it easy to share your memories.

Send flowers to the Swartz family.