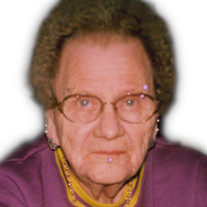 Ardis Marion Willis, 90, passed away surrounded by loved ones on Thursday, July 15, 2021, in her Mason City home. A Funeral Service will be held 1:00pm Tuesday, July 20, 2021 at Hogan-Bremer-Moore Colonial Chapel, 126 3rd St NE, Mason City, IA, with Pastor Kathy Graves officiating. Visitation will be held one hour prior to the service at 12:00pm. Burial will be at the Oakwood Cemetery in Plymouth, IA. Ardis was born on June 6, 1931, in Iowa, later at the age of five she was adopted by Joe and Guri Lockrem. She was a graduate of Mason City High School. At the age of 18 she married Wallace Godden, together they had six children. On June 6, 1962, Ardis married George Willis, from this union two children were born. After the children were older she began working as a Nurses Aid. For 42 years she dedicated her hard work ethic to the IOOF home in Mason City. Family brought Ardis the most joy in the world, often spending as much time as possible with her grandchildren. Ardis also enjoyed listening to karaoke and dancing along with the music. In her spare time she could be found doing word searches, crocheting, as well as the occasional round of cards. Those left to cherish memories of Ardis are her children, Thomas (Kathleen) Godden, Roxanne (Steve) Dunlap, Lonnie (Steve) Schiff, Rhonda Abbendroth, Jayanna Long, and Sandra Willis; nine grandchildren; numerous great grandchildren; a few great-great grandchildren; and close friend, Gale Kantaris. Ardis is preceded in death by her husband, George Willis; daughter, Sharon Godden; and son, Delbert Willis.

The family of Ardis Marion Willis created this Life Tributes page to make it easy to share your memories.

Ardis Marion Willis, 90, passed away surrounded by loved ones...

Send flowers to the Willis family.